skip to main | skip to sidebar

Who Is This Woman That Raised Me? 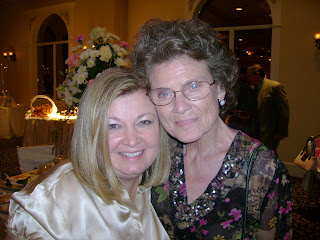 She's my mother. My adoptive mother but my mother all the same.
I think there are some studies somewhere about nurture vs. nature. I am starting to believe that some one's genes & where they come from biologically is more important than how they were raised.
Here's my point: Last week K2 called me on my way home from work. He had just arrived home & saw remnants of a KFC box & the door between the kitchen & garage open. I freaked out! I knew the night before I had 5 chicken wings & put the trash in the garage trash can. The dogs (5 of mine & 2 that I'm babysitting) had to have gotten to the chicken bones! Being the crazy dog lady (maybe I should change the name of my blog) I knew that could be deadly! I called my mother who was also home (in her room as usual) & asked her about leaving that door open. The first words out of her mouth were not "Oh no! What should we do?" but instead they were "I can't pay for that!" Huh? What? That's not what I asked! I hung up & called the vet to see what we could do short of bringing all 7 in for Xrays. Basically, it was watch them all closely & see who has diarrhea or is throwing up. Bring only the ones showing symptoms in.
The next evening K2 & I tried talking to her again. I told her it could have happened to anyone but wanted to know why she had responded the way she had. She just didn't get it. Here's what she said, "If something happened to your friend's dogs while you were watching them, you would go into debt to make it right." Of course I would! But she said it as if there was something wrong with that! How in the world did this woman raise me???
I would say I was brought up to believe if you damaged something belonging to someone else, you fix it, but I can't. I can say I believe it because that's just me! It's just hard for me to understand how a mother & daughter (biological or otherwise) can be so different!
Back to the dogs.....they are all OK. Only Gabby got sick but after a vet visit, she's OK too.
I had a major meltdown on the phone with my friend JS afterwards. She talked me down & everything is back to normal. I guess I just have to agree to disagree with my mom & keep loving her.
Posted by Cheryl at 9:08 PM